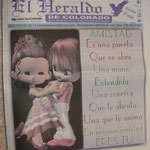 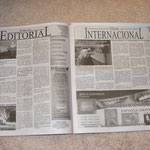 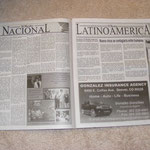 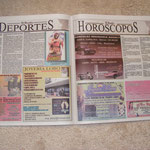 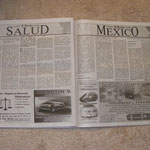 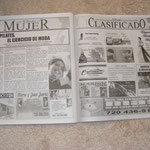 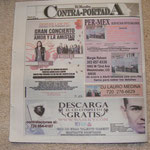 Washington, D.C. – Democratic Leader Nancy Pelosi delivered remarks in the Rotunda of U.S. House of Representatives to honor former Senator Bob Dole, as he received the Congressional Gold Medal.  Below are the Leader’s remarks:

Leader Pelosi.  Mr. President, Mr. Vice President and Mrs. [Karen] Pence, to our distinguished [House] Speaker [Paul Ryan], [Senate] Majority Leader [Mitch] McConnell, [Senate Democratic Leader] Chuck Schumer, it's an honor to be here with so many friends of Senator [Bob] Dole and so many colleagues.

I first want to pay tribute to the sponsors of the resolution, Congresswoman Lynn Jenkins and Congressman Whip Steny Hoyer, and Senator [Pat] Roberts and Senator [Patrick] Leahy.

Thank you for your leadership in getting this done so expeditiously.

It is fitting -- that was an applause line for our sponsors.

It is fitting that we meet in the Capitol Rotunda, where the American heroes who forged extraordinary progress for our nation are memorialized in marble and bronze.

In the company of Washington and Lincoln, Eisenhower and Grant, Susan B. Anthony and Martin Luther King, Jr., we gather to recognize another American champion: Senator Robert Joseph Dole.

And in this pantheon of patriots, we are privileged to honor this leader of great integrity, deep dignity and extraordinary courage.

We are blessed to be here with Senator [Bob] Dole and his extraordinary wife, Elizabeth, with whom he has just shared, they just celebrated 42 years of beautiful marriage.

Elizabeth [Dole] is an American hero in her own right.  I join, [Whip] Steny [Hoyer] in recognizing her.  Our nation is better for her strong leadership and her service in the Cabinet and the United States Senate.

We now thank her for her tireless work on behalf of our hidden heroes, the military caregivers who sacrifice every day for our veterans and our country.  Thank you, Elizabeth [Dole].

Senator Bob Dole has demonstrated his steadfast commitment to country right from the start.  When the Second World War broke out, Bob left the wheat fields of Russell, Kansas to fight fascism in the hills of Italy.

[Senator] Bob [Dole] 's courage in battle was legendary.  For his selflessness and immense sacrifice, he was awarded two Purple Hearts and the Bronze Star with the Oak Leaf Cluster for Valor.

Equally extraordinary was the bravery that Bob Dole, Senator Bob Dole, demonstrated – we're all calling him Bob today – demonstrated during his difficult recovery.

He turned adversity into action as he healed from the grave wounds sustained while risking his life for a fellow soldier, and decided to come to Congress and to serve the people of Kansas here.

It gives my colleagues in the House and me great, deep pride to know that Senator Bob Dole first served in Washington as a Member of the House of Representatives.

That could be an applause line, but I guess not.

The Senators aren't applauding, but anyway, as a Representative, as a Senator and then Majority Leader, he fought relentlessly to ensure that every man and woman in uniform would receive the care they need upon returning from combat.

His commitment reaffirms our sacred pledge: just as the military leaves no one behind on the battlefield, we must leave no veteran behind when they come home.

President Dwight Eisenhower, Mr. President, I point him out there, he chose to be memorialized here.  His family told us that as his wish as a Five-Star General, isn't that exciting?  Because a lot of people can be President of the United States, but hardly anybody can be a Five-Star General.

But anyway, he stands in bronze in the rotunda, and he once said, President Eisenhower did, ‘a people that values its privileges above its principles soon loses both.’

Senator [Bob] Dole's life and career embodied that ethos.  He has dedicated a lifetime to up upholding American principles and our founding values.  Senator [Bob] Dole firmly believes in the value of justice, and battled in Congress in the 1960s to expand the civil rights of every American.

He believes in fairness, fighting to create and then push the Americans with Disabilities Act over the finish line as my colleague, Mr. [Steny] Hoyer mentioned, who worked with him on that important legislation.

Bob also believes in honoring human dignity.  Together with Senator George McGovern he extended the lifeline of food stamps and school nutrition and special initiatives to millions of women, children and working families.

His McGovern-Dole Food for Education Initiative has brought food from America’s heartland to communities across the world.  That vital initiative is synonymous with America’s compassion and leadership in the world.

Senator Dole once said, ‘our challenge is not to question American ideals or replace them, but to act worthy of them.’  May you all take heed of those profound words.

Senator Bob Dole, for a lifetime spent defending, advancing and exemplifying our proudest American ideals, we thank you.

This Congress sends our warmest congratulations to you, to your incredible wife Elizabeth, daughter Robin and the entire Dole family.

In accepting this Congressional Gold Medal, Senator [Bob] Dole, you bring luster to it and your service and leadership [have] brought luster to the Congress of the United States.